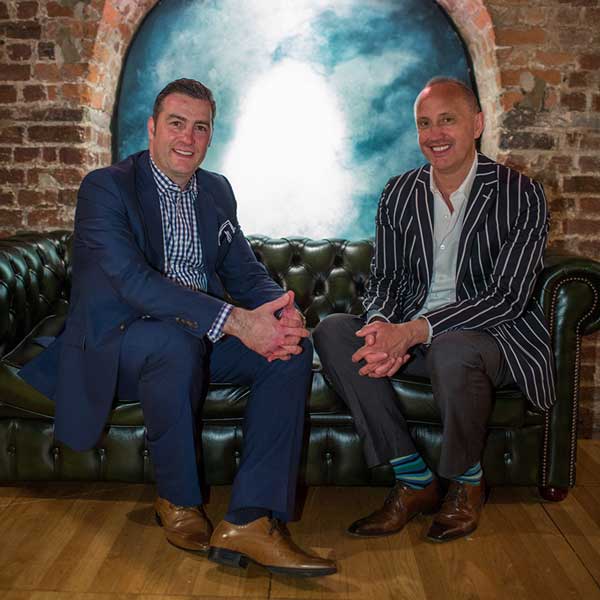 In Conversation With: Harbour & Jones

Harbour & Jones is one of the UK’s most prestigious contract catering, hospitality and food service companies; they also run The Restaurant at St. Paul’s Cathedral and The Vaults restaurant at RSA House.  Harbour & Jones believe in high welfare and have been patrons of the British Hen Welfare Trust since 2009.

We spoke to Patrick Harbour, Director and Owner, about the company’s philosophy, projects and its passion for food. The article was published in Issue 9 of Chicken & Egg magazine in Autumn/Winter of 2014.

Harbour & Jones has been in business for 10 years and when we started, we wanted strong values that went through everything we did.  These values are our backbone of every element of the business, our people, our produce and our way of working.  We made a pact that we would use the very best food we could, whether it be eggs, organic milk etc and wherever possible, make food fresh on site.  We did this before it was trendy to do so, as it was something that we wanted to be associated with.  We always said we wanted to ‘be the shepherd, not the sheep’ and lead the way.

2. Roughly how many eggs does Harbour & Jones use each year? Are all your eggs British – where are they sourced?

We buy around 1.1m eggs per year, all free range and all British; all our suppliers are quality controlled to follow our values.  We also give our chefs a choice of which suppliers they use – for example – we use five different butchers and our chefs decide which one to use based on the quantity – it gives them freedom and enables them to test  the market.

3. Do you have a close relationship with egg farmers?

We tend to buy through suppliers rather than working directly with farms, but to give you an example, we have a big client in Scotland and there was an issue about the price of free range eggs, so rather than using caged eggs, we did a deal with a local farmer, guaranteeing him a regular order so he could provide free range eggs at a good price on an on-going basis.

4. Your website talks about using seasonal produce.  Nowadays, the supermarkets seem to offer non-seasonal produce all year round.  How do you manage your customers’ expectations, for instance, when they might want strawberries in January?

We love to celebrate food when it is at its best ie. when it’s local and in season.  In Italy, for instance, they have an asparagus festival in May – asparagus is worshipped and celebrated – then not eaten again for another year!  As a child I remember the joy of eating strawberries warmed by the sun, and full of flavour.  We don’t tell clients they ‘ can’t have’ something they want, we just offer them what tastes best.  When produce is in season there’s often a glut and it’s also at its best price.  In January, strawberries are expensive and not as nice!  For example, a client wanted an exotic fruit basket as a hospitality event. Instead we suggested they have bowls of iced British black cherries.  Who eats a kiwi fruit at an event anyway?!  There’s always that debate about whether it’s right or wrong to fly produce in from, say, Peru or Kenya – carbon footprint vs supporting villages etc.  But then your hear of issues around neighbouring villages being starved of water… We like to keep it simple and our recipes are linked to the season, and we try to encourage our clients, where possible, to follow the seasons.

5. What is your most popular egg dish?

Our favourite dish is eggs royale but the most sold is the humble fried egg.

6. In addition to supporting the British Hen Welfare Trust, you also work with other charities.  Can you tell us a little more about this work?

We support the Marine Conservation Society and Fish Fight.  We also support the Clink Charity, helping them to rehabilitate offenders, by offering them training and employment in our business.  One of our employees through the scheme started working in the bar at RADA and has now applied for a degree there which we are sponsoring.

We are also concerned about the demise of fruits such as forced rhubarb and gooseberries, and are doing our bit to help promote these traditional British fruits.  We have also worked with a food writer to save some of Soho’s traditional old food shops which have struggled due to the flooding of the market with coffee shop chains.

7. We notice you also have a ‘Save the Orchard’ project in Somerset – what does this entail?

It’s a saving apple orchards appeal, recognising that we have lost so many.  It’s in the West Country, where there’s high youth unemployment.  In our small way, we believe we can help support industries like this and we have planted a whole orchard of trees, naming each one after a client.  We also use their associated products – cider, apple juice, jams, chutneys etc through the Orchard Pig Company, the commercial side of the project.  Whilst planting trees and repairing the orchards, they are bringing back diversity – the pigs even eat the rotten apples.

8. Do you think that working with charitable organisations such as the British Hen Welfare Trust benefits your business?  How much does welfare matter to your clients when choosing a catering company vs cost and other factors?

It’s an interesting question.  Truthfully, over the last couple of years, I think businesses have been less focused on charity because of the economic challenges.  But it’s very important to us – whether or not our clients have it as a priority doesn’t matter – it’s high as ours.  We have always initiated in these areas and our competitors have followed, and we continue to move forward.  People always value quality.

We run ‘make do and mend’ training for our chefs, where we teach them good housekeeping ie. not wasting food, for instance, by using stale bread for bread pudding; using ripe bananas for a chocolate and banana loaf; using grapes for an excellent chutney; not just buying chicken breasts but using the whole chicken.  It’s not about cost awareness.  We haven’t dumbed down on produce, we just work harder to be efficient and engineer our menus.  Our chefs have really grasped that.

9. What innovations can we look forward to from Harbour & Jones over the next year?

Tea!  We are working with Tregothnan Tea Company in Cornwall and are training ‘tea artists’ – a bit like coffee shop baristas, or sommeliers – people who really know their tea, and can engage customers.

10. What do you think of the British Hen Welfare Trust’s efforts to promote free range eggs and support British egg farmers?

It speaks for itself – we are a patron of the charity.  We are hugely supportive.  For example, every Christmas we give our clients a gift relating to our business.  A few years ago we did a British Hen Welfare Trust themed one.  We did the ultimate breakfast gift pack with free range eggs, a bottle of champagne and DVD of ‘Chicken Run’ with the story behind the British Hen Welfare Trust and how we’re proud to be associated with it.  It was tongue in cheek, but it got the message across.  It’s great to see people like Jane Howorth who really care.  It’s really important, because if people don’t have more knowledge, they’ll go into mainstream supermarkets where egg packaging (barn eggs etc) gives you the feel-good factor.  It’s only when you read the small print that you see that the eggs are from not so happy chickens…

11. And finally, I would love to know a little more about you and ask a couple of personal questions if I may? What is your favourite egg dish?

My Sunday morning ritual – a dippy egg!  A Cotswold Legbar egg, soft boiled for 4 minutes, with sourdough and Marmite soldiers, with Maldon salt, coffee and the Sunday papers.  It’s as close to paradise at breakfast as you can get!

12. Are you a hen-lover and would you ever consider keeping hens as pets?!

I’d love to have hens, by my wife won’t let me!!  We have a member of staff called Sukie – we call her the ampersand between Harbour & Jones – she’s the first employee we ever had.  She moved to Wiltshire and is the living example of The Good Life, with her goats,hens, ducks and horses.  I’m always envious of the stories she tells!  When I tell my wife, she reminds me about having to put powder around hens’ bottoms to stop the lice and the problem with the foxes getting in!

We recently went glamping in Devon where you could rent a chicken coop.  The children weren’t the slightest bit interested, but I was like a kid in a candy store!  The hens dutifully laid their eggs – but I don’t have any at home yet.  Maybe one day I will persuade my wife… 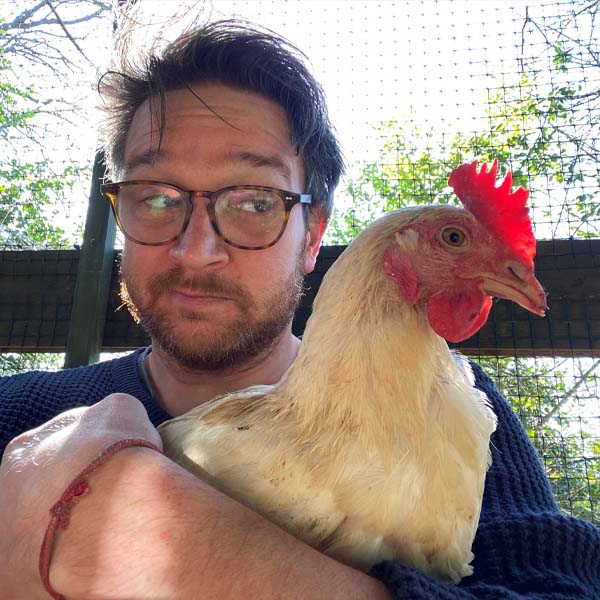 In Conversation With: Creating a Community Chicken With Professor Ben Garrod 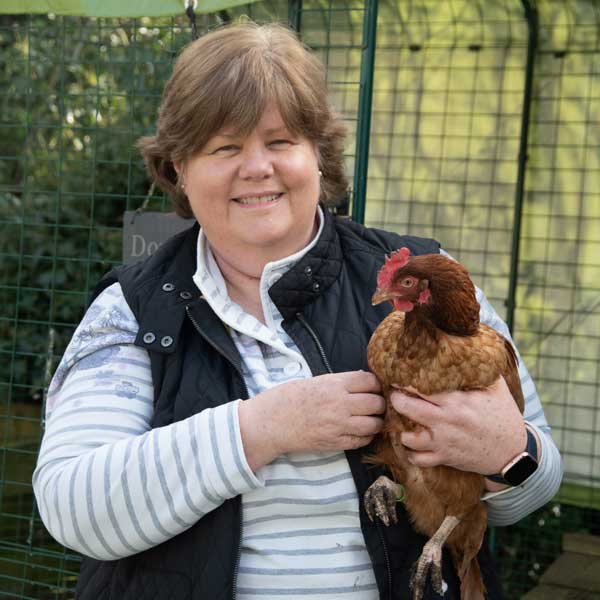 In Conversation With: Jane Osgathorp 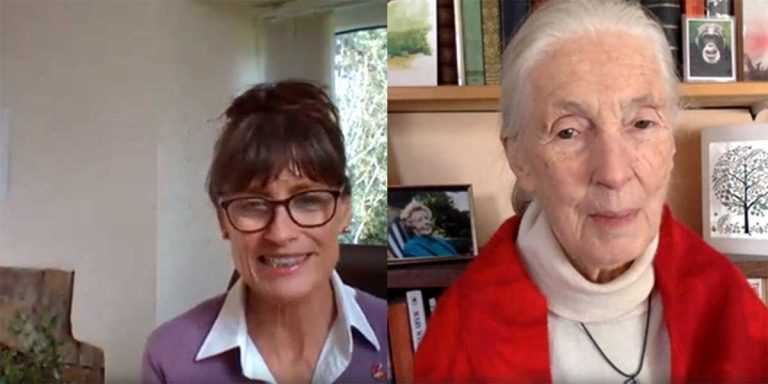 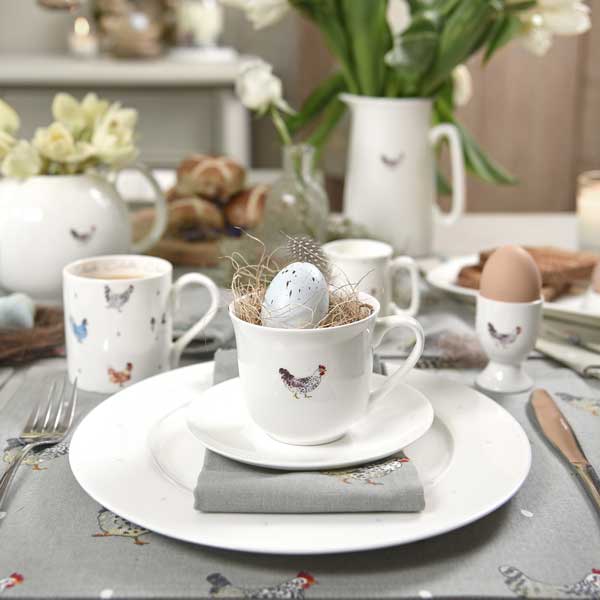 In Conversation With: Sophie Allport