Jamie Oliver has supported the charity since 2008 when he inspired a surge in interest after Jane Howorth appeared on Jamie’s Fowl Dinners, a Channel 4 programme about the chicken industry. The programme set out to educate the public about some misconceptions and realities surrounding the UK poultry industry.

He told us: “I think the British Hen Welfare Trust does a fantastic and important job. I first came across the charity when I was making the Fowl Dinners programme in 2008, and I was trying to encourage people to go higher welfare when it came to chicken and eggs. For me, part of being a meat-eater is all about respecting the animals that are bred for our food, so it’s important for them to be cared for and well treated. The BHWT has a vital role to play.” 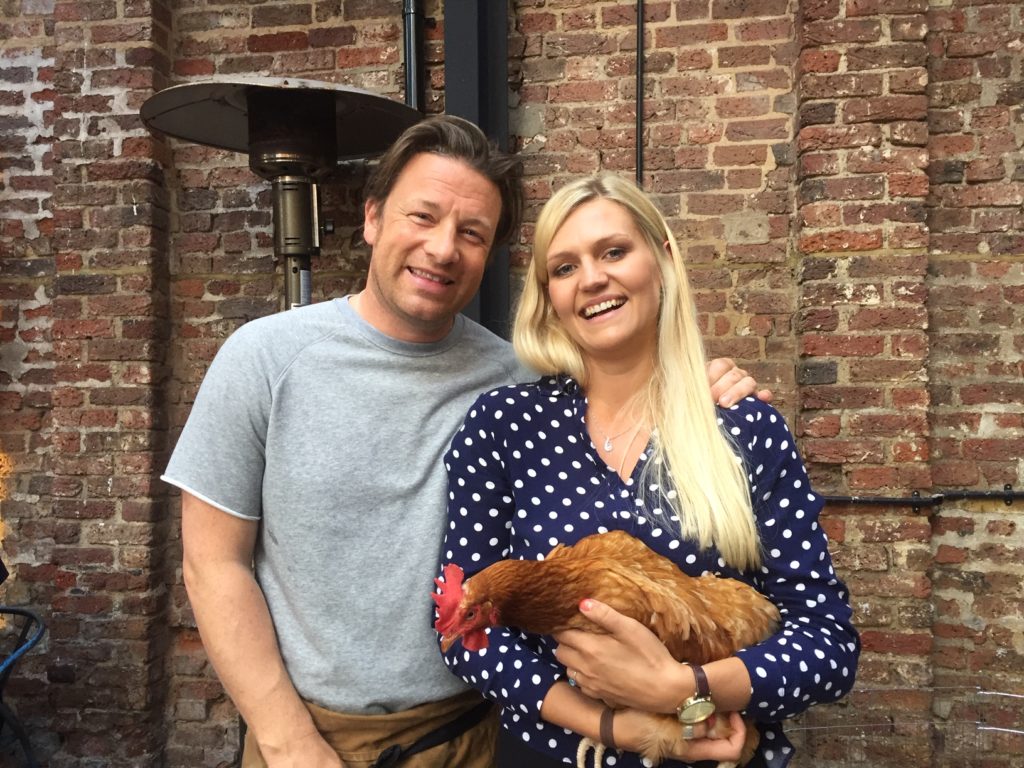 More recently in 2018, the charity’s Marketing and Communications Officer, Francesca Mapp, was involved in filming (see right) for an episode of Jamie and Jimmy’s Friday Night Feast on the topic of hidden eggs.

Click here for info on contacting the Smallholder Helpline.

Click here to read back issues of our Chicken & Egg magazine »

Sign up to receive all the latest eggy and chickeny news, plus health advice and shop products »