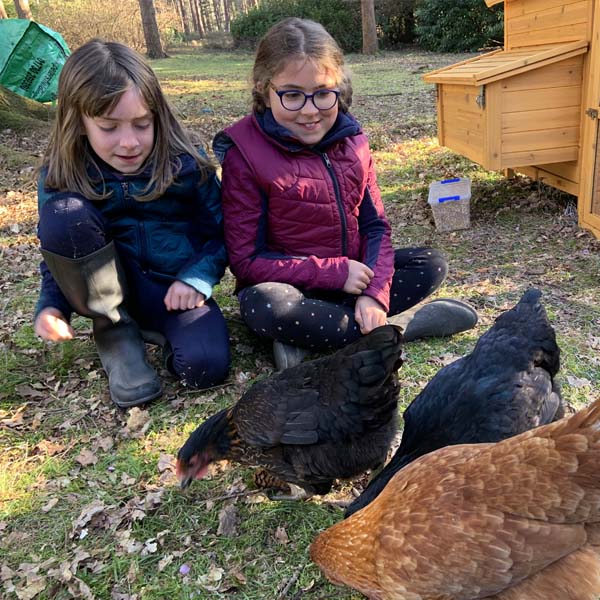 All I Want for Christmas Is…to Help the Hens!

A Hampshire schoolgirl has written to Father Christmas but not with a wish list of presents for herself, instead she wants donations to a charity that saves hens from slaughter.

Elsbeth Walker, 10, told Santa that instead of getting presents this year she would like to ‘donate to the British Hen Welfare Trust (BHWT)’ instead.

The letter goes on to say that Elsbeth, of Liss Forest, hoped she had been good enough this year to help the chickens and that she wants to ‘save chickens and help poorly ones get better.’

Mum Kate Short, 42, said, “She wrote the letter without discussing it with me or her father; she’s a thoughtful child. I was proud of her; she’s obviously thought through not having anything in her stocking and wanting to do a donation instead – it just goes to show there are good little people out there.”

Elsbeth’s letter came eight months after the family got eight pet hens and a cockerel – which only happened after the youngster and her sister Bea, eight, researched the topic and delivered a PowerPoint presentation to their parents about why they should have chickens as pets.

Since then, the whole family has enjoyed welcoming their new animals and are looking forward to growing their flock in the future by adopting hens from the BHWT.

The chickens have certainly had an impact on Elsbeth who has stopped eating poultry and has become particularly attached to one, Razzle.

Elsbeth said, “When we got chickens, I realised they all have their own personalities just like humans do and when I learnt how some chickens live such sad lives I wondered if I could help them, I wasn’t sure how but thought a donation to a charity that does could be a good way.”

Kate added, “The girls go out every morning to collect the eggs and every evening to make sure they’re all tucked up inside the coop. They both love having them as pets.

“Elsbeth is very into science and animals, and she just seems to have an affinity with the chickens especially Razzle who definitely has the most personality; she loves to jump up whenever we go out there with treats.

“The eggs are brilliant, there’s always enough for each of us for breakfast and there’s something quite fascinating about the hens. We have a bench near the coop and Elsbeth’s dad Alistair and I will just sit there having a glass of wine and watching them in the evening.”

The BHWT save 60,000 hens from slaughter every year and rehomes them as family pets. For more information visit: bhwt.org.uk.