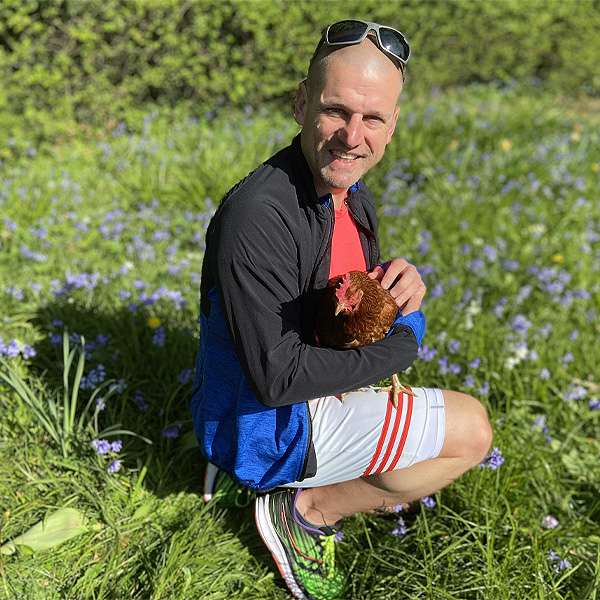 A Newbury scientist has been chosen to represent the British Hen Welfare Trust (BHWT) in this year’s London Marathon.

Earlier this year the charity, which saves around 50,000 hens a year from slaughter, asked people to apply for their fundraising place in the 26.2 mile race and Jon Joy was selected as the lucky winner.

Jon and his wife Stephanie first adopted hens from the BHWT in 2020 and now have a flock of eight. They have also both gone on to volunteer with the Berkshire rehoming team, helping to find adoptive homes for 1,415 hens.

Jon, 45, said, “I ran a marathon in 2017 and do lots of half-marathons but I’ve always wanted to do the London Marathon. I’ve entered the public ballot lots of times but never been successful.

“Having the opportunity to do the race for a charity that I volunteer for and know first-hand the incredible work they do on a hen rehoming day just makes it even more special.”

Jon will begin training in June with gym sessions five times a week and building up the length of his runs to 22 miles.

He hopes to achieve his target of finishing in 3 hours 30 minutes, which would also be a personal best, and raise £2,000 for the BHWT.

He added, “We always wanted hens but waited until we moved house and were able to give them as much space as possible.

“When we first adopted our chickens, we were nervous, not knowing what they were going to be like – we soon realised how affectionate they would be. Everyone assumes they’re just good for eggs and for generating their own manure compost, but our hens are so friendly and love to follow us around or come running when they know they’re getting treats.

“The level of interaction we get from there has been surprising, we love having them as pets, so much so that in two years we’ve doubled the number of hens in our flock.”

To sponsor Jon and help the BHWT save even more hens from slaughter visit his JustGiving fundraising page.