What do the numbers on my eggs mean?

In 1988 the Junior Health minister Edwina Currie made a statement to the effect that most of the egg production in the UK was affected by Salmonella. The resulting backlash decimated the UK egg industry but resulted in stricter testing standards and the introduction of the British Lion Scheme. The scheme ensures that the highest standards of food safety are followed throughout the entire production chain covering Salmonella vaccination, and traceability for hens, eggs and feed. 90% of eggs produced in the UK are now stamped with the British Lion mark making them safe to be consumed by vulnerable groups even runny or raw (Food Standards Agency 2020).

Since 2004 an EU regulation has made it mandatory for commercially produced eggs to be stamped with a number indicating the farming production method. This allows consumers to distinguish between organic (O) Free Range (1) Barn (2) and Cage (3). 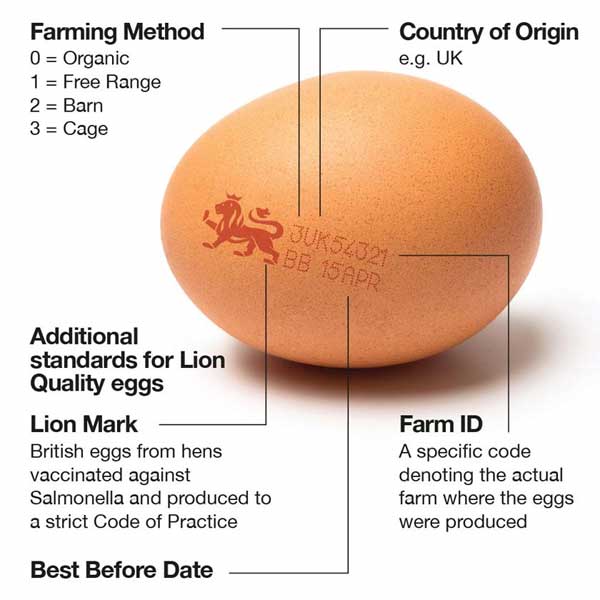